Last week, Theo turned seven months old! I remember during puppy training the trainer telling us that one of the most difficult periods in raising a dog happens between about seven and eleven months. We’ll see how the next few months play out!

One thing Theo does that I find funny—although it may not be so amusing at some time in the future LOL—is when he grabs something he knows he “shouldn’t” be taking and runs away with it. Of course, I chase after him and it becomes a game—intentionally on my part. He shows at these times just how slippery he can be! I think this is something he really enjoys, so for now, I will indulge him.

Like many newer beds, my mattress is quite high off the ground—much higher than older style beds. I like that, because for the longest time, I was adamant that I would NEVER let Theo on my bed. Oh, he has certainly tried to jump up on it. But it wasn’t until this past week—again, encouraged by me—that he was able to do it. I find that remarkable, as it is probably three times as high as he is tall. Imagine if we were able to leap that tall! That would be the equivalent of us jumping from the ground onto the roof of a bungalow!

The impetus for his success was a certain stuffed ring-tailed lemur you can see host Jeff Rogstad holding during a CTV interview with me this past fall. It is amazing that he didn’t run and jump, but he virtually jumped from a standing position. He loves that ring-tailed lemur, especially its tail; it was a prize worth jumping for! 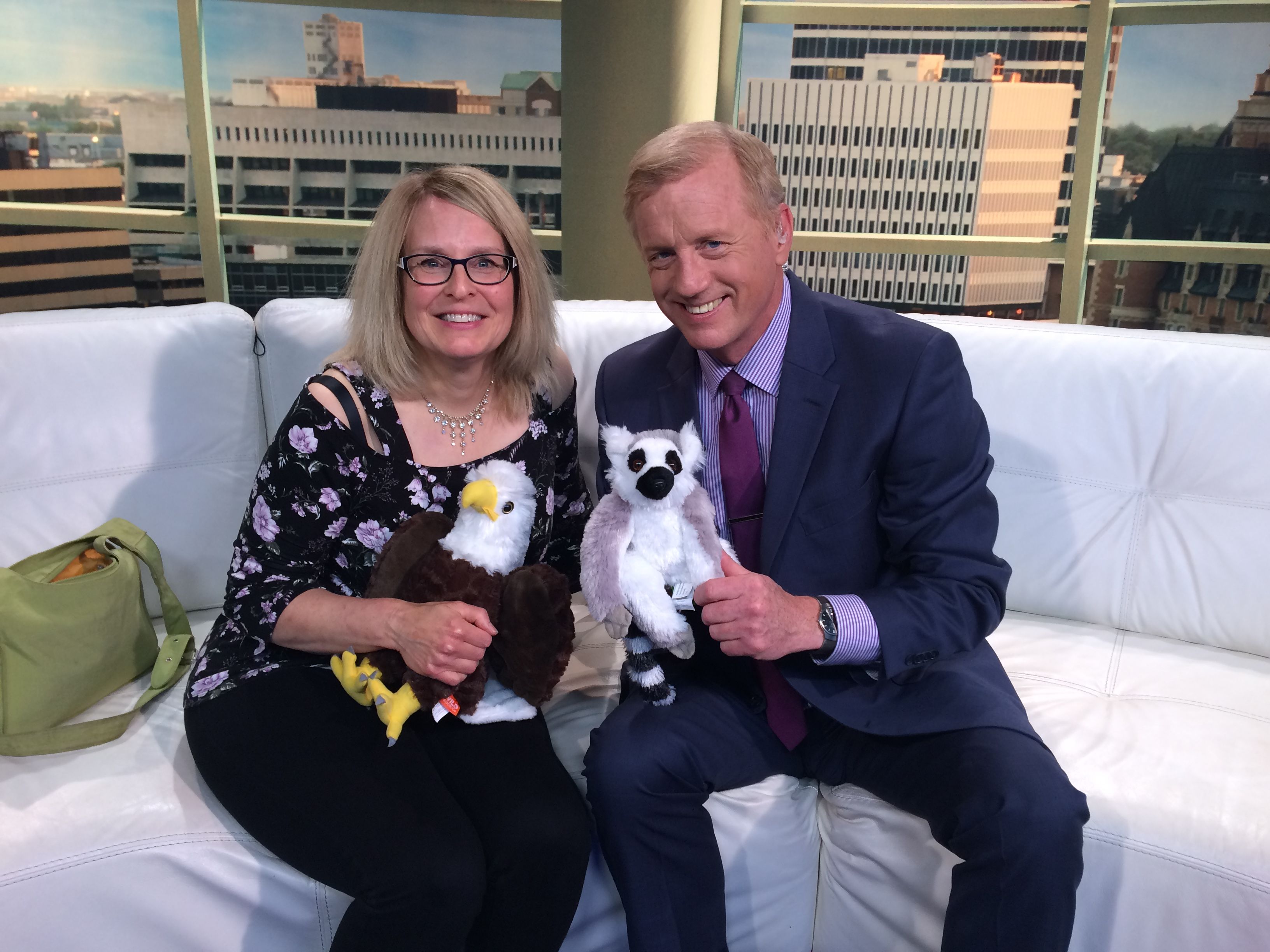 This past week we bought an iRobot Roomba—you know, the circular vacuum cleaner that operates all on its own. (By the way, best purchase I’ve made this season! It picks up all the dirt and pebbles that we bring in with our winter boots as well as little bits of food we drop that Theo should avoid.) Of course, at first, Theo barked and barked and barked at it. (He still does although to a lesser extent.) He has also tried to bite it—picture a little dog trying to fit the edge of a Roomba into his mouth! But just like with the wind-up toys I have let him “play” with, he is getting used to it. Yesterday I put various stuffed animals on top of the Roomba as it operated to see his reaction. Of course, he tried—and quickly succeeded—in nabbing them off the top of the Roomba without getting in it’s way! 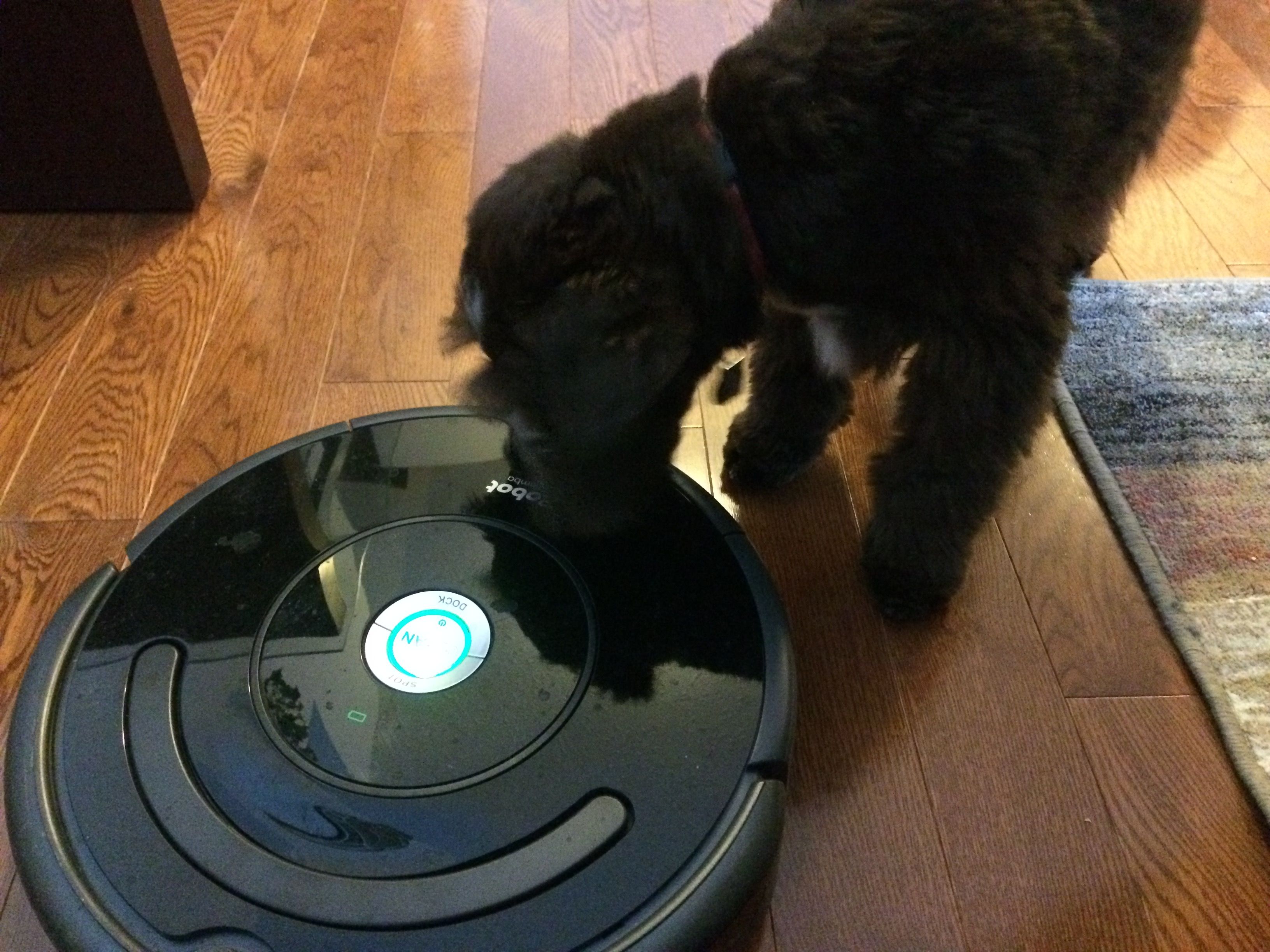 I also introduced Theo to the Activation Ball, a battery-powered, lighted, glow-in-the-dark randomly bouncing ball with nubs I had planned to give him for Christmas (but couldn’t wait). What was his reaction?—to bark of course! But he has been getting bolder with it and will approach it while it is bouncing around. What I didn’t like about this toy is that when we let him examine the ball while it was turned off, he pulled off two of the nubs—which we didn’t discover until one was in his mouth and on which he could have choked. This is a warning—make sure you are constantly monitoring the toys you give your pet because not all are as safe as you might anticipate (in this case, even though it was marketed to dogs). 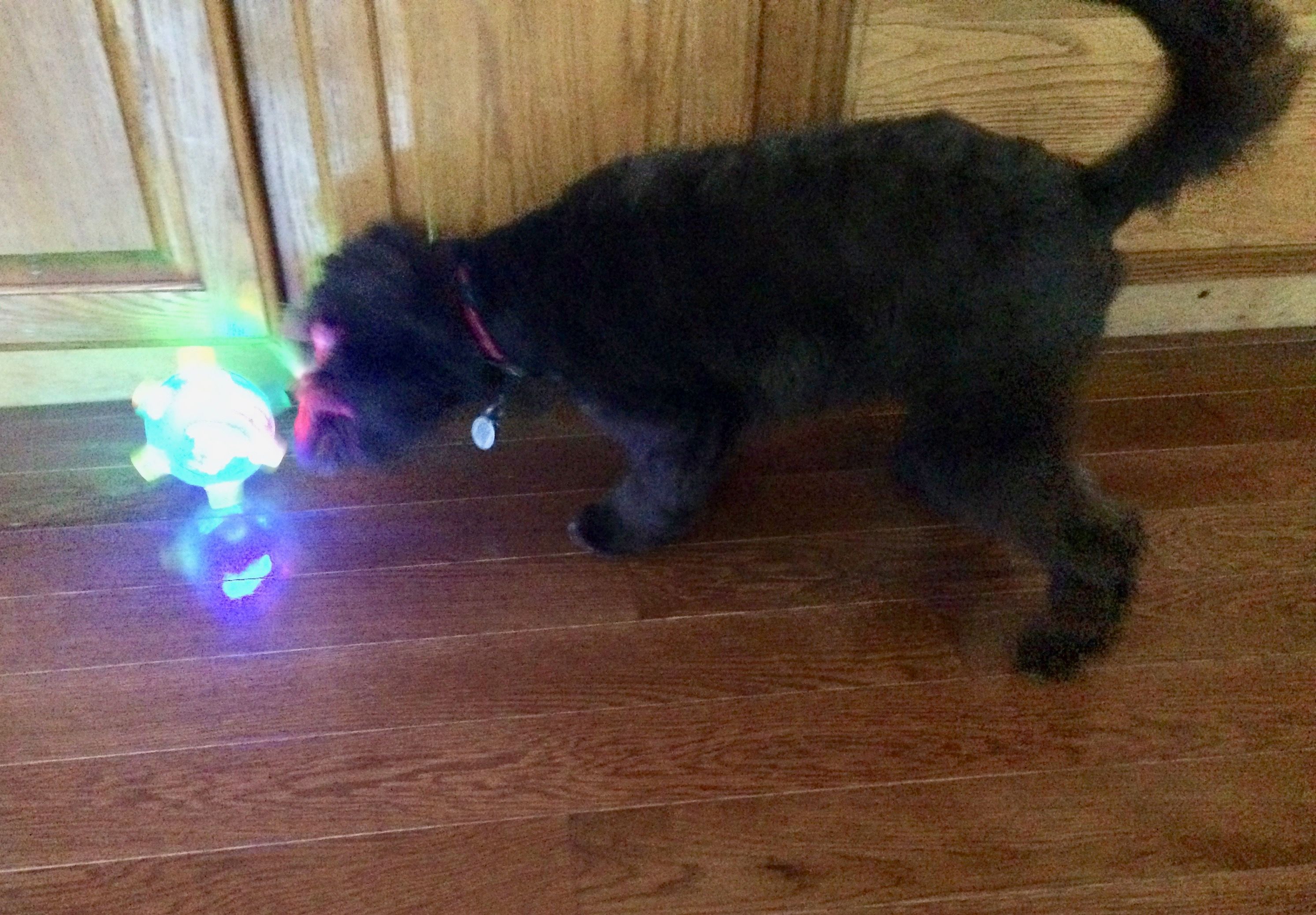 One thing I have noticed about Theo is that, with his adult teeth coming in, his bite is getting stronger. In the past with his baby teeth, he has been quite gentle with toys and other household objects. We have to be very careful now what we allow him to have access to, since we spotted two white knots in his poop that he had chewed right off of a drawstring bag. Naughty boy!

When Theo first came to live with us, it felt like he interfered with my quiet time with God, a time I dearly cherished and have been missing. Over the past few months, I have been trying to figure out how to have my special time with the Lord while Theo is around. So for the past few weeks, when Theo’s energy goes down in the evening, I have discovered that it is the perfect time to do my bible study. Once, he even lay right beside me (see photo; even though he usually likes his space). Sometimes I pray when he is in down time; sometimes I even pray for him! I am starting to sing more, too, when he's around, so as to get him used to the time when I finally pick up my music on a more regular basis again. 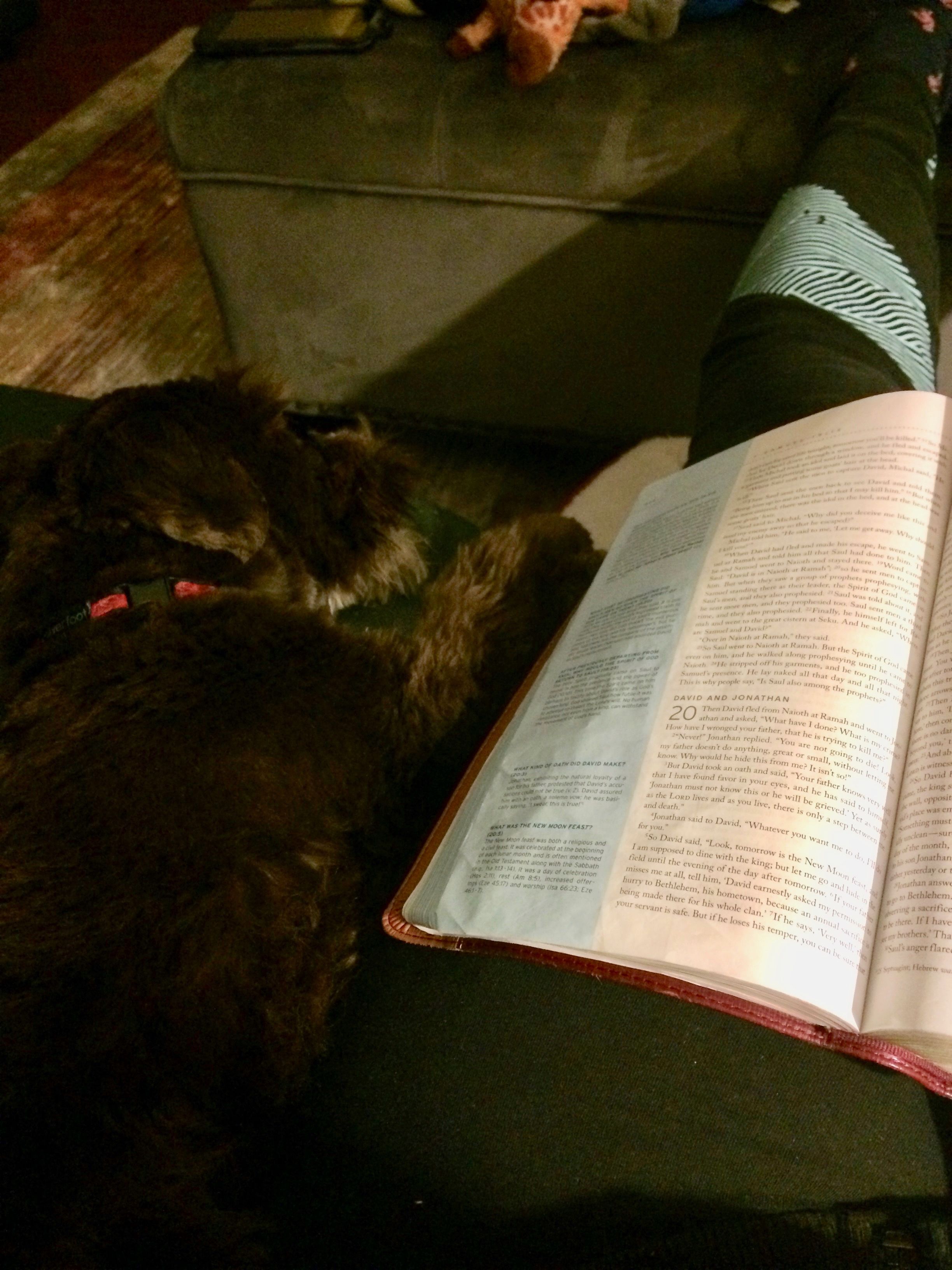 That’s it for this week! If you would like to sign up for my newsletter to receive advance notice of sales, specials, and my latest news, please click here.

PS: My children’s Christmas picture book Beneath That Star is on sale this week for only $10 (regular $13). Click here to purchase or you can also find it on amazon and at Barnes & Noble.