This past week we took Theo to the veterinarian to try to figure out why he has been throwing up about once every one or two weeks over the past month and why he has been getting my husband up in the middle of the night for several weeks. I also thought we should check into whether he had an ear infection, as I noticed that he has been scratching both ears, mostly the left one.

Sure enough, his left ear was full of bacteria, likely picked up at his groomer’s the week prior; one of the services is to “clean up” his ears of excess hair and we have now been recommended by the vet to skip that service. He had to get drops for both ears, and he is still being treated. It is likely that his wakefulness was due to the irritation in his ears, because after a couple of days of treatment, he went back to his usual sleeping through the night.

Advice for dog owners #1: If your dog is consistently scratching its ears, it is likely that he/she may have an ear infection that will need medical attention.

Advice for dog owners #2: Monitor your dog after grooming and skip those services that may put him at risk for infection.

Advice for dog owners #3: If your dog’s sleep habits have suddenly changed, there is likely a medical reason why.

Regarding the vomiting, the vet asked us to collect a urine sample, which we did a couple of days later, for testing. Miniature Schnauzers are at risk for liver issues, so she wanted to check to see if he had bilirubin in his urine.

We got the results back quickly—yes, traces of bilirubin were found. The next step was to have a blood test before and after fasting. We left him at the vet’s for a few hours—he had fasted in the morning, and then they fed him a high protein diet before testing his blood again. The blood test came back with a good result. However, she did advise us to reduce the proportion of meat we are feeding him and supplementing his diet with rice, potato, and more vegetables to avoid potential problems in the future.

Advice for dog owners #4: Be aware of the diseases typical of your dog’s breed and adjust his or her diet accordingly.

We figured out Theo may have been vomiting simply because he was eating too much food and/or was too active immediately after eating. When a dog is neutered or spayed, his/her metabolism decreases by about 20%. It is a bit of a trial and error process to figure out exactly how much to feed a dog after an operation such as this; the best way is to because each puppy/dog is unique. We also make sure that he is quiet for a good 20-30 minutes after eating. We think we’ve got this problem solved now, as he hasn’t vomited for a few weeks.

Advice for dog owners #5: After a neuter or spay, your dog’s eating habits may change. Adjust accordingly. It may take some experimenting to figure out the best amount of food for your dog.

Throughout this mini medical scare, my husband and I both prayed for Theo. Praying for Theo hasn’t been something I have done much, but I have sure changed my habits! As a bona fide member of our family, he deserves as much prayer as everyone else.

That’s it for this week! See you soon. 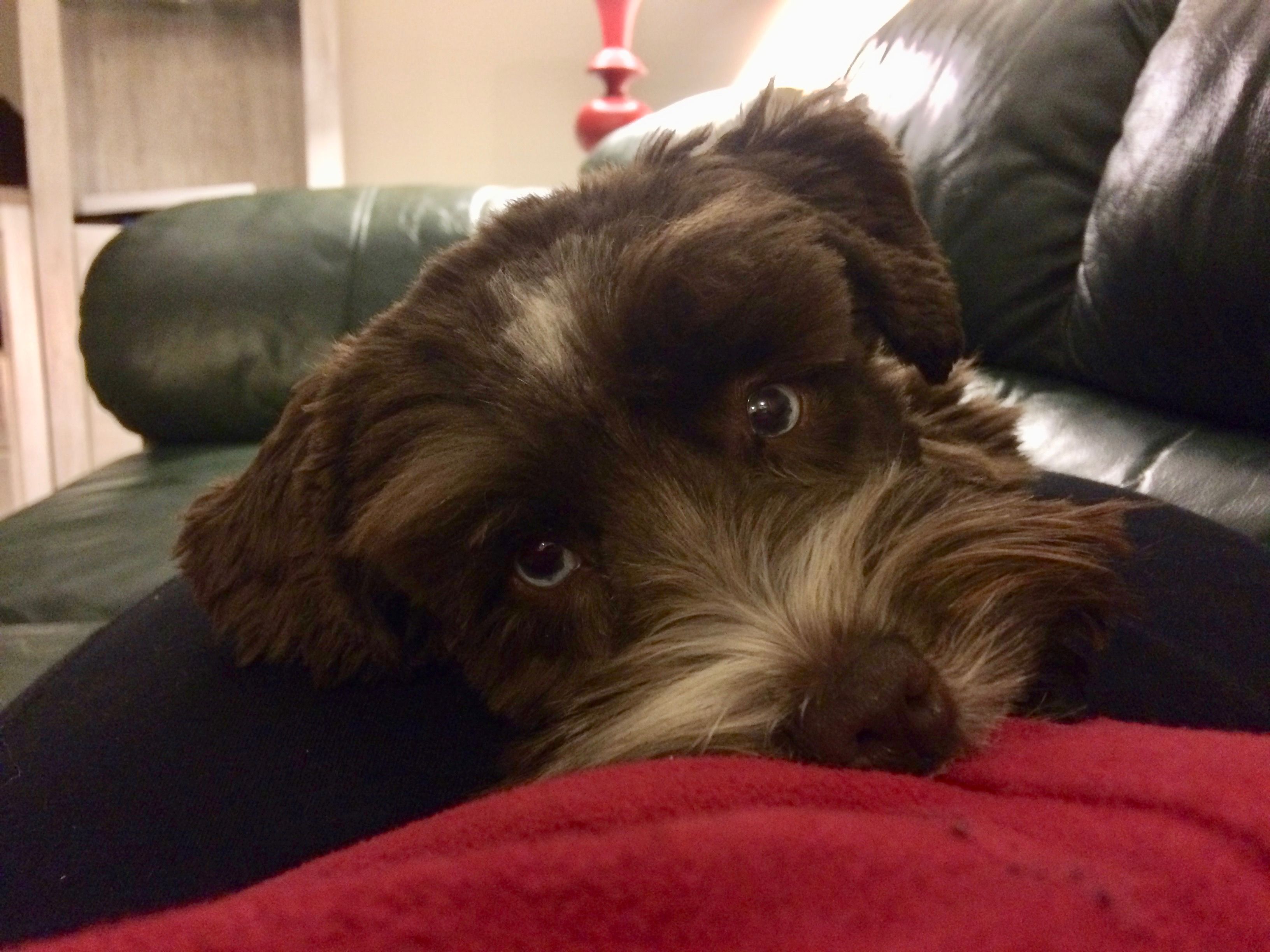